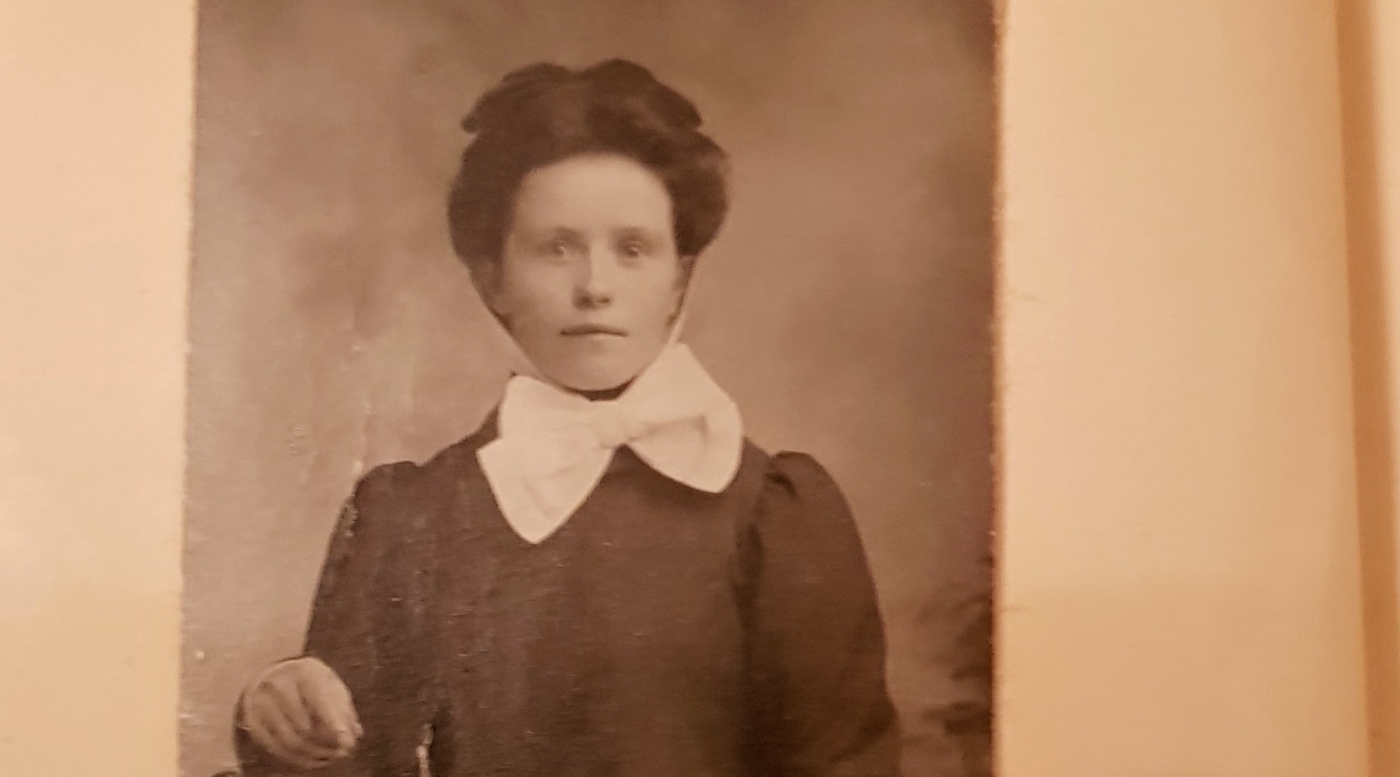 Olga has a way of popping back into my life, even when I have left her lying for while. It’s been some time since I looked through the letters and the photos now – I have been busy with everything going on in my own life at the moment. But then, all of a sudden, she pops back in again.

This evening I was at my cousins’ who had organised a get together for parts of the family because of her son turning 18. My aunt was there and we had a nice chat, like we always do. Then she says she’s brought a small book, that used to belong to Olga (my great grandmother) that she was about to give to my cousin. She fetches the book from her purse and shows it to me.

And it’s simply wonderful! It’s Olgas old pocket dictionary from her time in Glasgow, when she was training to become a nurse. She worked at the Govan Parochial Hospital – a hospital for the poor and mentally ill at the time (http://www.workhouses.org.uk/Govan/)

The cover is pretty worn. She must have kept it on her, as she worked, and used it to verify what different medical expressions meant.

The cover says the dictionary was compiled by “Honnor Morten.” When I research the name, I find out that this was a woman nurse, journalist and politician, who lived between 1861 and 1913. Apparently, Violet Honnor Morten published this dictionary in 1891. One of Mortens’ issues as a politician was equal pay for women and school nurses. My great grandmothers’ book is from 1900 and I can’t help but wonder if she new anything about Morten. Did she know this was a woman who supported the womens’ movement? My great grandmother has not written about these issues, but she did live a life where she didn’t restrict herself to conventions of the time. She travelled, learned languages, educated herself and finally made the long journey to China as a single woman. This, if anything, was a lot of power coming from a woman born in 1880.

The book starts and ends with some interesting advertisements. Not the least because it shows us what they deemed necessary when working as a nurse.

And, my great grandmother has put her own picture on one page in the beginning of the book. Perhaps this was common at the time?

I simply love the way I keep bumping in to Olga. And I can’t get over that big bow under her chin – is it part of the nurse uniform, or simply a fashion statement? What do you think?