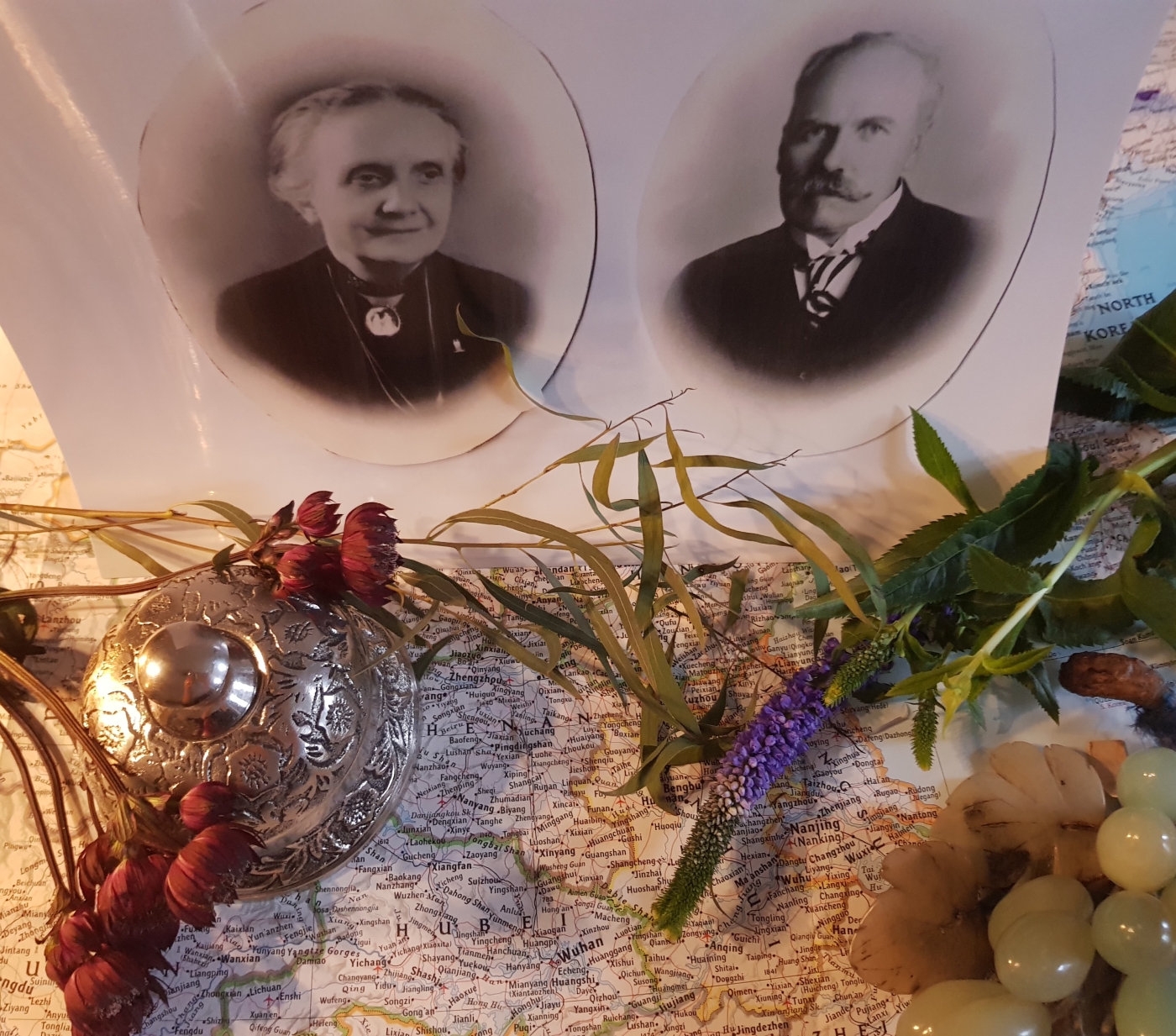 What traces will we leave behind, once we’re gone? I don’t know if my missionary relatives asked themselves that question in respect to anything but their ultimate goal – heaven. To them,  the salvation of souls within their mission in China was number one. They didn’t try to reach fame or become uplifted members of society – they just kept working, doing what they believed in.

Of course, they wrote letters to each other and to the mission head quarters. But these were probably not intended to still be around a hundred years later. They could also not have imagined their articles in the mission paper being saved digitally in big archives for their future relatives to read and draw conclusions from. Perhaps Olga and Dagny could have thought a little bit about their stories sticking around when they each wrote a book about their experiences in China. Though their books were mainly intended to be read by fellow missionaries at the time, and they were not printed in any big numbers.

I am very happy to have these books today, as it gives me an idea of how it was back then, in China. But none of these records are relaxed enough to give me a true picture of their personalities. What were they like in relation to others at the time – who were they as parents and friends?

A few weeks ago, a “new” relative of mine contacted me as we’re on the same heritage research site. His name is Ulf and he is a third cousin that I have yet to meet. Ulf very generously shared a couple of stories with me about our great grandmother Dagny.

Dagny was a fun woman and very childish at times, as I have also understood from talking to some of my older relatives. Ulf told me this story about Dagny, that I find so telling about her personality.

Our great grandfather Robert was very sought-after for giving out medicine and helping Chinese who were addicted to opium get rid of their habit. Thus his “waiting-room” was often filled with Chinese waiting for their turn.

Dagny is said to have been very busy, but also a person who wanted things to be a bit “light” and fun.

One hot summer day she looked into the waiting room and thought the Chinese sitting there looked far too gloomy and serious. Something had to be done!

She went out and got an old fire pump with a hose that she brought back to an adjacent room. She  stuck the tip of the hose through a hole she made in the rice paper that covered the “window” closest to where the patients were sitting. She then proceeded to pump a hard water-jet over the surprised crowd in the waiting room.

They all started screaming, and Dagny ran away to hide in another part of the house.

I can imagine she had a hard time keeping from laughing too loud! And of course, she could not tell them that she was the one behind the prank. That would have been a big scandal. A foreign woman – and missionary at that – hosing down her husbands patients in their own waiting room!

This small account tells me so much about how she tried to have fun even when life was probably filled with hard work and too many needing people – sick, poor, addicted and without the faith she so believed in.

Even though Dagny probably didn’t think this story would survive and be retold 100 years on, it is now part of the legacy she left for us to learn from.

I find it fascinating. Because what do we know about what will be told from our own life once we’re gone? What we do today, might in our own eyes just be something small and insignificant, but to someone far away in the future, it might be just that missing piece that helps them understand something about you, themselves or about the world – and that is no small thing.

Thanks to Ulf for sharing!

15 thoughts on “A Laughter Extended Through Time”