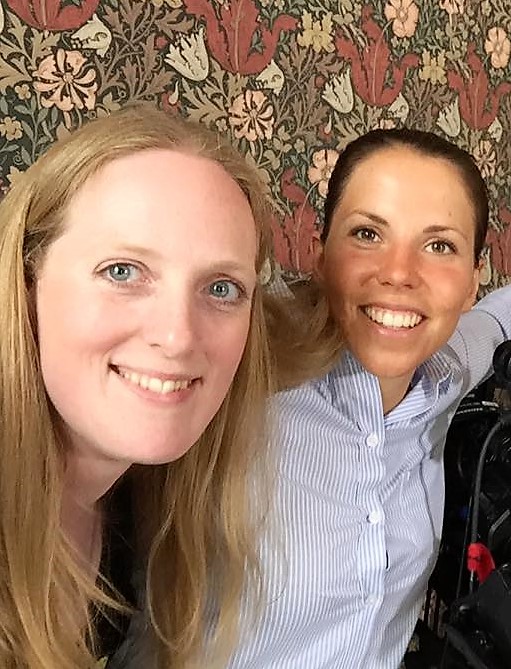 Two years ago, I was working on a series about the history of the Roma people in Sweden. It was intense, we recorded many moving stories told by persons who had lived the worst parts of Swedish history. The parts society had done so much to forget and to bury.

At the same time, we were working on an idea for a new series about national minorities in Sweden. We wanted great ambassadors for the different minorities to inspire others to learn more, perhaps even muster the courage to reclaim lost languages and roots. To find out about family memories, that had been shamed by society and thus left untouched.

I remember how she talked about Tärendö – like an almost magical place to grow up in. How it shaped her love of the outdoors, of nature.

It is very beautiful in Tärendö. There are two rivers, floating through the village. It’s something about the nature – the proximity of the rivers, the forests and the mires that’s very tangible. Everything is so close.

I asked her about the language she lost and it turned out it was not only nature that was present in Tärendö – so was Meänkieli.

Meänkieli is very present in Tärendö. I notice it when I’m away from there. I realise what it means to my roots to listen to Meänkieli. I realise how important it is to me when I get back home, although Swedish is the main language spoken in the community.

But Charlotte Kalla doesn’t speak Meänkieli herself. Her grandparents spoke better Meänkieli than Swedish, and her parents used it only at birthdays, Christmas or whenever there were secrets to be discussed. Charlotte never learned it. Her parents were ashamed of their language. Her grandfather got beaten in school if he spoke Meänkieli and the shame was inherited by his children.

Charlottes’ parents thought that their daughter would have a better life, not knowing Meänkieli. She would not get beaten, forbidden to speak or shamed about her birth language. So, they only spoke Swedish with her.

I thought it was a shame not being able to speak Meänkieli with my grandmother. I was always a bit jealous of my cousin, who spoke fluently. It felt like she had a closer bond to my grandmother through the language – even if my grandmother spoke Swedish with me.

So, what does it mean, not having access to all ones’ languages? That some pieces are lost. What would it mean to reclaim that language, I asked Charlotte.

Well, just to be able to go back to Tärendö means a lot to me. To meet with friends and family and… well, when I’m there, my longing for the language grows stronger. When I’m not there, it’s not so tangible, but during summer or Christmas, when I’m in the midst of it, I realise that’s where the energy is. And then I ask my mother to teach me a phrase or two.

Exclusion, belonging and pride. Which of these three words are representative for how you feel about Meänkieli?

Well, probably belonging and pride. A pride and a sense of belonging. I feel that I belong, when I’m back home. And there’s a lot of pride over what I’ve accomplished with my skiing and it means a lot that I can touch people. But hopefully I can also inspire people with other things that I do in my life. And even though I don’t know the language – I still feel that I belong.

It’s very special, that I represent Sweden, but come from Tärendö.

When Charlotte Kalla puts herself in the history books, winning a gold and a silver medal in Pyeongchang – she represents Tornedalen, she represents Meänkieli. And she knows it.

We talk about reclaiming a language lost. And I ask her – would she like to reclaim it herself. Learn Meänkieli?

I did have a great longing to be able to talk to my grandparents about their life, upbringing and what they have learned throughout their lives. This longing was so great during my college years, that I studied Finnish for a year. But it was too little to really learn it, and it was pretty hard to learn a language from the beginning like that. I think that those, who want to really reclaim their language should take all the help they can get. From grandparents, through curiosity and dare to try it.
It’s totally okey to make mistakes when you’re learning a new language. That’s when you learn the most.

Yes, mistakes do teach you the best lessons in life. And language is there to be a tool for communication – not to be perfectly spoken. Being an athlete, Charlotte Kalla is no stranger to the process of learning. If anybody could reclaim a language lost, it’s her.

And it is completely possible to not talk about skiing with Charlotte Kalla.